Jon Pyzel grew up in Santa Barbara, California, started surfing in junior high and quickly found himself deep into it. Matt Moore started shaping his boards and put him on his team. Matt always helped explain the ideas and principles of surfboard design and let Jon watch him shape all his boards.
After traveling for surf, Jon realized he wanted better waves, warmer water, making a permanent move to Oahu’s North Shore in 1992. There he found work fixing dings at Country Surfboards, and Jon quickly learned the ins and outs of the craft, working as a hot coater and laminator. He soon connected with master shaper Jeff Bushman, who gave him guidance, input, and encouragement. Eventually, Jeff gave Jon a job as his back-shaper and that was the beginning of his shaping career.
A defining moment came a few years later, in 1998. Alex Florence approached Jon about making a board for her oldest son John John, who was 5 at the time. From there forward, Jon and John John worked together to redefine what was possible for Grom surfng. Fast forward almost 20 years and John John Florence is the 2016 World Champ, widely considered the best surfer alive, all while riding Pyzel surfboards.
When we think about our company today, we consider JJF as one of the cornerstones to our success, not just for his amazing surfing ability, but also for his loyalty, his humble attitude, his gratitude, and his positive outlook on life.
We didn't start this all to become a giant company, putting out as many "units" as we could, we started it because we love surfing and everything that goes with that - travel to new lands, great friendships, adventure. But most of all we started this because we love surfboards!
Today Pyzel Surfboards has grown to be an international business, but is still run by the family. Jon and his wife Dali live on the beach in Hawaii with their 2 daughters, and help run the Pyzel Surfboards factories on the North Shore and in Oceanside, CA. We take great pride in every board we build, and do our very best to make sure that our customers are getting exactly the right board for what they want to do. We have licensees in 7 countries around the globe, and Jon shapes in Australia, Europe, Brazil, Japan, Indonesia, South America and California.
Over the years, Pyzel boards have been ridden by many of the world’s best surfers, including:
John John Florence, Kelly Slater, Mark Healey, Jack Freestone, Michel Bourez, Jadson Andre, Nathan Florence, Koa Rothman, Koa Smith, Fredrico Morais, Matt Archbold, Billy Kemper and many more. Stu Kennedy, Alex and Koa Smith, Ryan Calinan, Rizal Tanjung, Frederico Morais, Mason Ho, Ross Williams, Fred Pattachia, Sally Fitzgibons, Jay "Bottle" Thompson, Nathan Hedge, Sebastian Williams, Raoni MonteIro, Willain Cardoso, Ryan Hipwood, Billy Kemper, Shane Beschen, Punker Pat Towersy, Timmy Reyes, Matt Archbold, Chris Ward and many other pro surfers and stand-outs from around the globe.
Pyzel boards have also won:2017 World Championship, 2016 World Championship, 2016 Eddie, Triple Crown x 3 , Jaws x 2, XXL Paddle x 2, XXL Tube of the Year, Backdoor Shootout x 2, Wave of the Winter x 2 or 3, Steep and Deep Chalange 2016, Portugal CT, Rio CT x 2, Haleiwa Hawaiian Pro, Sunset Beach World Cup and many, many ! 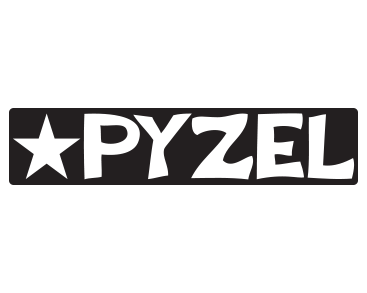 Added to your cart
€
<< Continue Shopping
Go To Checkout